More and more people are drawn to acupuncture as an lternative treatment for pain yet many find it difficult to understand how it works.

A London-based GP, Dr Richard Halvorsen offers explanations for the use of acupuncture in the western and eastern medical traditions in his new book, Managing Pain and Other Medically Proven Uses of Acupuncture (Gibson Square, London).
He also rates the value of acupuncture across a range of medical conditions based on research studies. 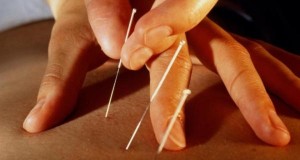 Let’s start with the explanations. Many people have a vague idea that traditional Chinese medicine (TCM) is based on a completely different understanding of the body than western medicine. For instance, in western medicine, the kidneys are organs that preserve the chemical balance of blood by filtering it and producing urine. In TCM, however, the kidneys store the body’s “essence” and produce marrow and manufacture blood.

Halvorsen admits that when he first studied TCM at the former British College of Acupuncture, he was completely confused by these contradictory explanations.

Then, he writes: “I realised that they were completely different concepts, similar only in that they share a common name. I no longer believed literally what I was being taught but saw this way of explaining the body as a template on which to devise a traditional Chinese treatment.”

One way of viewing acupuncture through the lenses of western medicine’s teachings on anatomy and physiology is that acupuncture works by stimulating the nervous system which in turn stimulates the body’s organs to release hormones. So-called medical acupuncture has now become an academic discipline in itself.

At University College Dublin, for instance, there is a graduate diploma in healthcare acupuncture with credits linked to the British Medical Acupuncture Society Diploma of Medical Acupuncture. The two-year part-time course is open to doctors, nurses and physiotherapists.

In the 30 years since his initial training in acupuncture, Halvorsen says that its use has moved from being viewed “at best with baffled amusement and at worst with strong condemnation, to many western medical doctors using it in their daily practice”.

“The concern with acupuncture being used as an add-on treatment by healthcare professionals is that it is being applied out of context and without the depth of knowledge and training of TCM practitioners,” says Deirdre Murphy, chairwoman of the Acupuncture Foundation Professional Association.

“They are therefore treating symptoms as opposed to traditional acupuncture, which treats the root cause of the condition, tailored diagnostically to the individual’s needs.”

“The limited use of acupuncture in this way influences public experience and perception and many people are not aware that this treatment can be used to treat so many other conditions within the broader scope and potential of Chinese medicine,” Murphy adds.

On the issue of safety, Halvorsen is adamant that acupuncture is a good deal safer than many drugs used to treat similar conditions.

“There are very few people who can’t have acupuncture but clearly great care needs to be taken when putting needles into anyone on anticoagulation [blood-thinning] medication,” he says.

Needles should always be sterile single- use disposables and they should never be inserted into damaged or infected skin. Electro-acupuncture (a form of acupuncture using electrical pulses) should not be used for anyone with a heart pacemaker.

GPs and physiotherapists here who use acupuncture will be members of the British Medical Acupuncture Society.