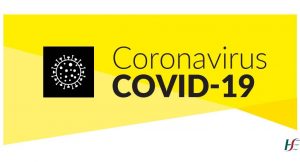 COVID 19 NOTICE: WE ARE OPEN

As an essential service our clinics will remain open in Bandon and Clonakilty throughout the lockdown.  Please ring in advance to make an appointment.  Safe practices will apply.

Dry needling, also known as myofascial trigger point dry needling, is the use of either solid filiform needles (also referred to as acupuncture needles) or hollow-core hypodermic needles for therapy of muscle pain, including pain related to myofascial pain syndrome. Dry needling is sometimes also known as intramuscular stimulation (IMS).

Chinese style tendinomuscular acupuncture relies on careful palpation of what are called “Ah Shi” points, which often correspond to both trigger points and/or motor points in the myofascial tissue. Chinese style tendinomuscular acupuncture tends to use lower gauge (thicker) needles necessary for puncturing contraction knots with a high degree of precision. On the other hand, lighter styles of acupuncture, such as Japanese style, and many American styles, may tend towards very shallow insertions of higher gauge (thinner) needles. Most acupuncture styles, especially those with lighter techniques, require a detailed knowledge, not only of anatomy but also of the channel networks and connections.

Thus, while some forms of acupuncture are not at all the same as dry needling, the term dry needling can refer quite specifically to what is now called Myofascial Acupuncture, Tendinomuscular Acupuncture, or some version of Sports Acupuncture.